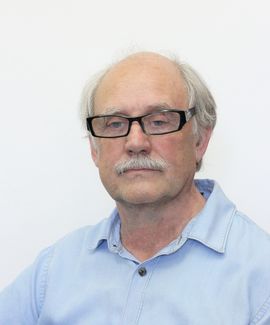 The study of the neuroprotective effect of the anti-inflammatory cytokine IL-10 on hypoxia-induced damage to neurons showed that, unlike cells of the immune system, its protective effect of IL-10 in neurons is realized without the participation of the intracellular signaling pathway PI3K/Akt. This confirms the noncanonical effect of this interleukin on neurons, indicating the need to determine other intracellular mediators of the effects of IL-10.

Under conditions of excitotoxic damage to hippocampal neurons caused by kainate, an inverse relationship is shown between the activity of metabotropic glutamate receptors (mGluR) and the level of expression of their genes. This allows us to predict the effectiveness of the use of ligands of pre- and postsynaptic mGluRs as neuroprotectors under conditions of glutamate excitotoxicity.
Main directions
1. Interactions of the nervous and immune systems under normal conditions and in pathology. Investigation of the role of anti-inflammatory cytokines in the mechanisms of neural plasticity, learning and memory.
2. Investigation of the structural and functional disturbances of the hippocampus in experi­mental models of neurodegeneration. Re­search into gene expression of excitotoxicity and neuroinflammation markers in the deve­lopment of neurodegeneration induced by neurotoxins. <br>
3. Investigation of the structural and functional changes in the central neurons under con­ditions of visual impacts: optokinetic stimulation and microgravity.<br>